“With languages, you are at home anywhere.”
– Edward De Waal 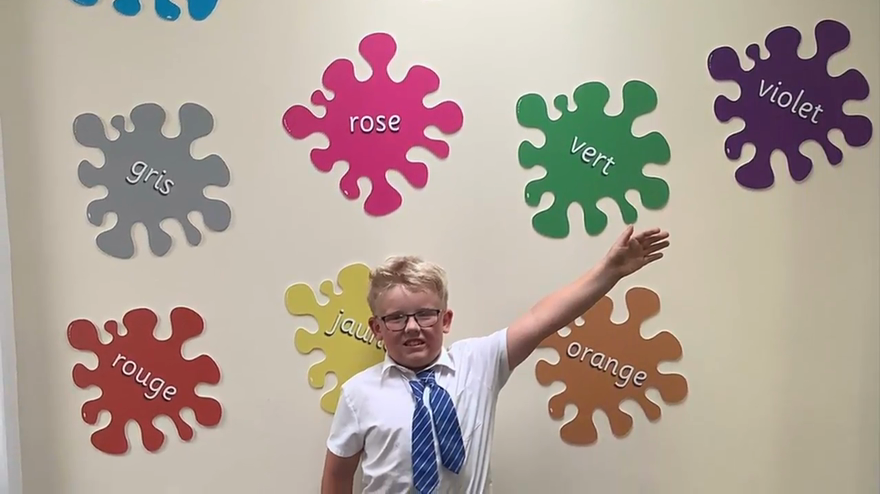 We feel it is important that we give our pupils a wide and varied experience of the world. We do this in many ways at St Richards, including exploring the French language and other cultures from around the world.

At St Richards we teach French to all pupils; from Nursery to Year 6. Children learn core vocabulary as well as the culture and traditions of France. The lessons focus heavily around speaking and listening with plenty of practise of the French language. Children participate in interactive activities such as games, songs, videos and role play, and in KS2 an emphasis on written French is added.

We work in partnership with our link school in France Sainte Marie Pie x School to plan and deliver an exciting curriculum across the school. We also celebrate all things French in a special themed week once a year.

At St. Richard we teach French as part of our KS2 curriculum. We believe that children benefit from learning a foreign language from an early age; the earlier a child is exposed to the language, the easier and faster it is to learn it. We understand that the early acquisition of French will facilitate the learning of other foreign languages later in life in addition to preparing children for the KS3 language curriculum.

Furthermore, through the teaching of French the children also acquire a set of skills that go beyond the language, such as an awareness of other cultures, improved listening and reading skills, memorisation techniques and an increased confidence in oral communication. The skills, knowledge and understanding gained contribute to the development of children’s oracy and literacy and to their understanding of their own culture and those of others.

We teach the French language primarily through games, songs, rhymes and stories. Children are introduced to French informally in EYFS/ KS1 with International Days enabling the whole school to be immersed in the language and culture.  Once in KS2 pupils receive targeted teaching which is timetabled for a 30-minute session per week; this is then followed up by regular practice throughout the rest of week.

In KS2 the class teacher delivers the language to his/her class and incorporates French where possible in daily routines. Lessons across Key Stage 2 support the skills of speaking, listening, reading and writing. The emphasis is on communication and confidence, but not at the expense of grammatical accuracy or written work.

We strive to give the children a varied and realistic experience of the language using pen pals and working alongside native French speakers from our link school in France or within in the wider community were possible. This makes learning a language relevant to our pupils whilst also exposing them to the cultural aspects and traditions of another country.

Our MFL curriculum ensures that children develop their knowledge of where different languages, including the range of home languages spoken by familiesl, as well as French, are spoken in the world. Varied learning experiences, including ‘International Day’ and ‘French Day’ also ensure that languages are celebrated throughout the school community whilst providing a context for language learning and develop the children’s understanding of different cultures.